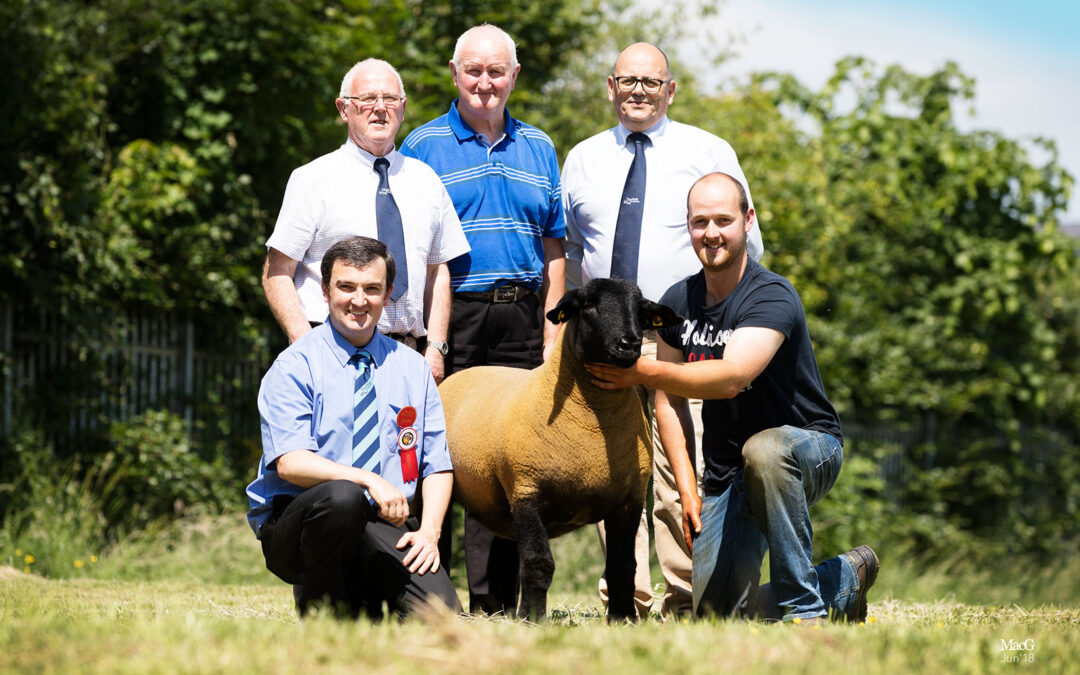 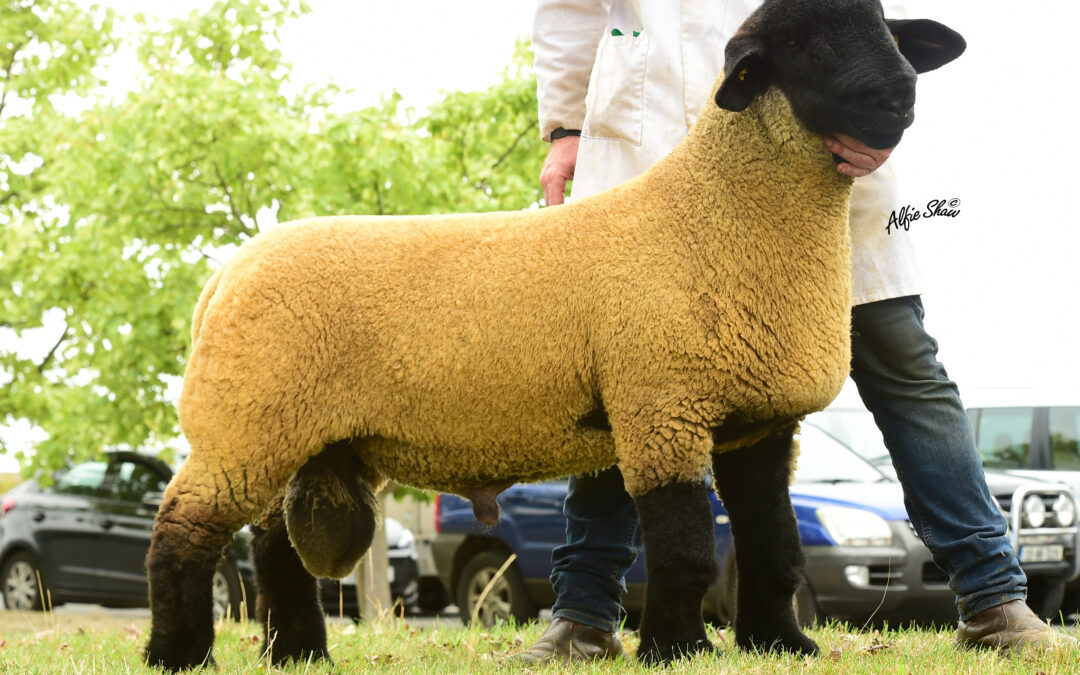 2018 was a challenging year in every way with weather conditions not very favourable for the breeder.  Lambing time proved difficult with stock having to be housed for longer than normal and with delay’s getting stock out to grass.

The first outing for the Suffolk Sheep Society was the National Sheep Championships which was this year in Kilkenny as part of the NSA on June 9th.  I would like to congratulate our members Coote Geelan, Kennith Bailey and Garth Graham who were among the prize winners.

The calendar for the club opened this year on 7th July with the Club Championships being held at the “ Sheep 2018 Farm to Fork “run by Teagasc of Athenry . This event  was a great shop window to show case Suffolk’s and the high standard of Suffolk’s that are available from our members here in the West of Ireland. Kennith Baileys aged ewe was champion with Mattie & Kevin Kelly’s ram lamb as reserve. Congratulations both.

The south of Ireland premier was held once again in Roscrea and once again the west was well represented in the line-up for rosettes. I would like to congratulate all members who took part.

The 2018 sales opened with the West’s premier show and sale in Roscommon in early August. Johnathan Lucas from Killygorden, Donegal was the appointed judge .His choice on the day for champion was the winner of the ram lamb open class which came from the Benwiskin flock with the 1st prize winner in the Reordered class taking reserve champion from Priorview flock.

Our final show and sale for 2018 was also in Roscommon and with a large entry. John Doherty from Malinhead Donegal choose the 1st place open ram class winner from Benwiskin Suffolk’s as champion with Mattie & Kevin Kelly Summerhill Suffolk’s Galway taking reserve champion with their 1st prize winner in the recordered class.

Congratulations to all who took part in our shows this year and look forward to seeing you all back in 2019.