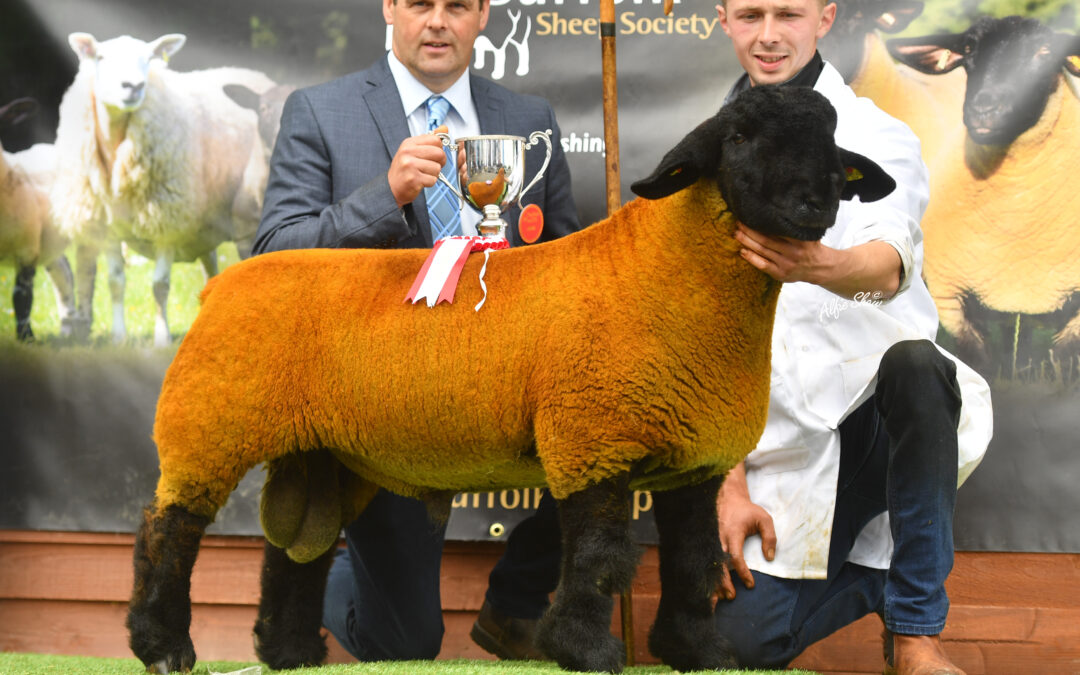 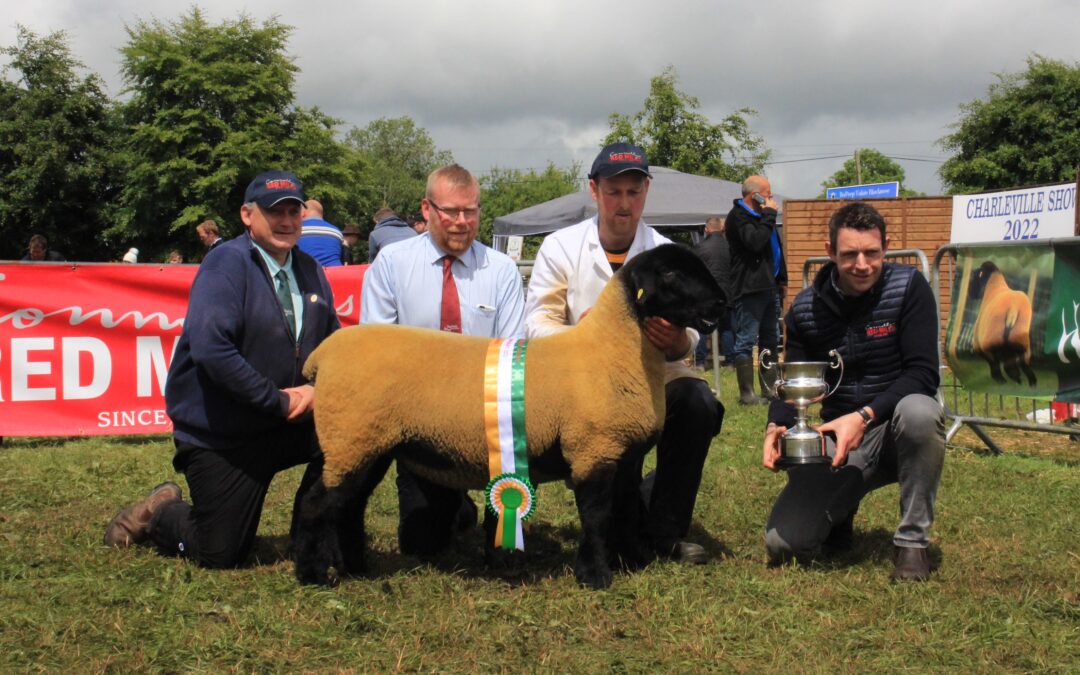 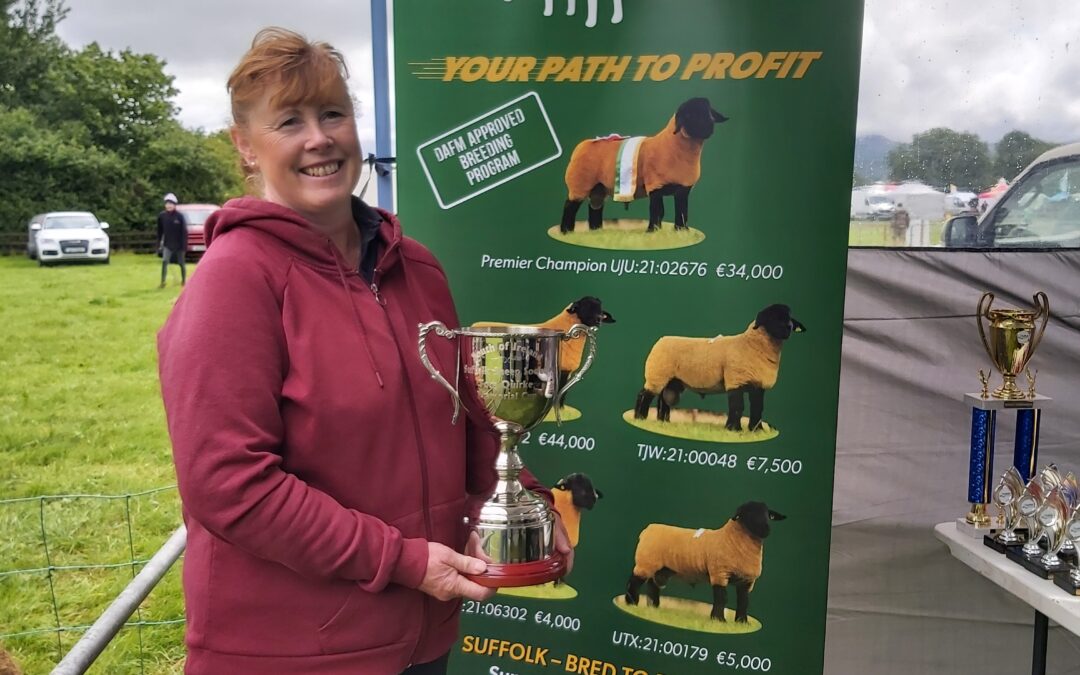 Tom Quirke was famous amongst his peers as a man with a keen eye for for good quality stock. Having grown up helping his father with his Pedigree Flock of Border Leicester’s, his love of sheep continued to flourish into adulthood, and when his father passed away in 1955 he took over the flock, taking it to its pinnacle in 1966 & 1973 by winning the McKenzie Cup.

His love of animals also continued to grow, and he took a keen interest in Border Collies and Sheepdog trialling where he competed both Nationally & Internationally, including the BBC Show, One Man and His Dog.

Tom was elected as Chairman of the Munster Sheep Breeders Association and in the mid sixties, he began to take interest in a new up and coming breed – The Suffolk Sheep. He had the vision to see the potential for the breed given its faster growth rates, ease of fleshing and most of all its saleability and promise as a breed. As a result, in 1967, the Derryvillane Flock of Pedigree Suffolk Sheep was founded with the purchase of three shearling in-lamb ewes from the Patrician College, Ballyfin, Co Laois, with another five ewes being purchased from the Annakisha Flock of Arthur O’Keeffe Snr.

Three years later in 1970, Tom won the Novice, the Open and the Championship for the best ram lamb in Ireland at the South of Ireland Premier sale in Gavin Low’s sale yard, Prussia St, Dublin.

Over the following years, Tom was actively involved in promoting Suffolk Sheep, travelling throughout the country successfully exhibiting and selling his sheep.

He was appointed to the Judges Panel in 1980 and judged at many shows up and down the country. Like many other top Suffolk Breeders, he travelled to the Premier Sales in the UK to purchase stock from the top breeding lines and he became well known amongst Suffolk breeders on both sides of the Irish Sea.

Tom was appointed Chairman of the Suffolk Sheep Society – South of Ireland Branch and it was during his tenure as Chairman that he was intrinsic to the foundation of the National Flock Competition in Ireland. His vision for the Flock Competition was that smaller flocks would be able to flourish and compete against flocks of a similar size, hence developing the quality of Suffolk Flocks nationally. The Flock competition continues to be held annually (although it has had a break as a result of the Pandemic)

In his latter years, Tom was honoured by the Suffolk Sheep Society by being inducted into the Suffolk National Hall of Fame, an honour bestowed upon breeders by the Society for their outstanding contribution to the Suffolk Breed. Up until his death in 2017, Tom always attended Suffolk Events whenever it was possible and as ill health crept in and he was no longer able to attend in person, he looked forward to nothing more than a sale catalogue, filled with all the prices and results of the day, being presented to him on the return home of a family member.

It was therefore a privilege and with great delight that the Suffolk Sheep Society accepted a memorial cup from the Quirke Family at Charleville Agricultural Show on Sunday June 26th 2022.

The Tom Quirke Memorial Cup for the Supreme Champion of the National Suffolk Championships was presented to the Society by Tom’s daughter Ann Quirke-O’Mahony on behalf of the entire Quirke family. The Tom Quirke Memorial Cup was presented to Susan O’Keefe of the Clyda Flock by Ann Quirke O’Mahony, for her Shearling Ewe who won the Supreme Champion Title of 2022.

The Society would very much like to thank the Quirke Family for their presentation of the Cup and it looks forward to it being presented to many Suffolk Champions in the years to come.